Here are the links I was talking about in class. Here is Fergal Keane’s BBC report about the Nyarubuye massacre. And here is the story of Gitera Rwamuhuzi, who took part in the attacks. Also, you may recall that in Hotel Rwanda, when Paul is on the phone with the owner of the hotel, he says that the French arm and support the Hutu government. Well, here is a story from 2006 that discusses the subsequent breakdown between France and Rwanda. Oh, and here’s the reference to Plato’s “Leontius,” which Gourevitch made in the excerpt we read.

Some of you might be interested in doing some research into the conflict between the Israelis and Palestinians. It’s worth noting that when reading about the Israeli-Palestinian conflict, it’s hard to be sure that you’re getting unbiased information. Robert Wright, for example, complains here that mainstream coverage is hopelessly biased against the Palestinian side. (I like Wright’s work, but I’m not sure I agree with this.) In class sometime, I’ll talk about why that is; until then, here are some people who are well-informed and fair-minded. Jeffrey Goldberg, who I’ve linked to before; Walter Russell Mead had what I thought was an interesting analysis of why Americans tend to side with Israel in this conflict, despite what many consider to be a disproportionate response; and Glenn Greenwald complains that although many Americans might want to wash our hands of the conflict, the U.S. is “the central enabling force driving this endless conflict.”

In somewhat related and extremely disturbing news, a right-wing politician in Hungary has encouraged the government to draw up “a list of Jews,” according to Reuters.

Also: Did you know there was a rebellion in the Democratic Republic of Congo? They are apparently backed by Rwanda, and last week they took the city of Goma. There are many interesting opinions on the excellent site AllAfrica.com, including this one, which is critical of the UN’s ineffectiveness:

What is the United Nations doing in DRC if it cannot defend a small African city like Goma, women and children?

Heads Up, Seven Up 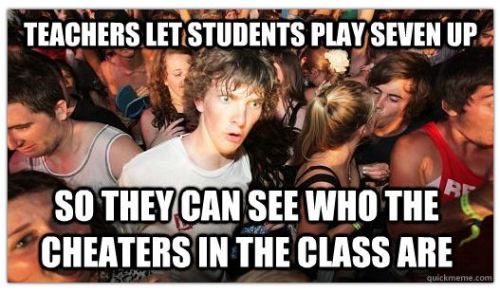 Posted on November 14, 2012 in Uncategorized

Function — purpose:an action or use for which something is suited or designed (i.e., Its function is to collect water).

Oppress(ion) — dominate harshly: to subject a person or a people to a harsh or cruel form of domination

Perpetuate — to make something continue, usually for a very long time

We haven’t been at our independent books for all that long yet, but I’d like you to get some ideas down about how you see it relating to our class. That is, not necessarily related to the current topic in our class, but to the Central Questions. Please take a look at the requirements for “Book Projects” (found under “Assignments” at the top of this blog), so you can begin thinking about what a final project would look like for the book you’re reading. Today you’re going to write a blog post in which you begin to figure out how you will approach this project.

Call the post “Independent Reading” Based on what you’ve read so far, which of our four central questions would you be most likely to use your book to answer? Why? What big ideas would be most important to talk about? What details would you find most useful for answering that question?